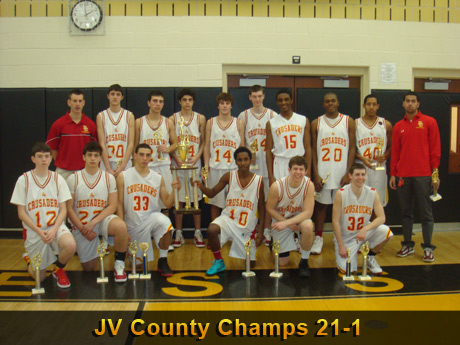 Billy’s JV team steamrolled through the season and with only one tough loss to Kennedy their final record is 21-1. They finished their season in style with an impressive win over Teaneck in the JV County Championship. There were some great individual performances by Amani Adams and Richie DeLuca who both earned “All-Tournament Honors” and John Tsimis who earned “MVP”. It was a great team effort all year long. What an outstanding season it has been!

The number #1 thing that keeps HS players from pla

Palms Down go get it. There is no right time. Ther

Improve your skills, and stay game ready during qu

What I wished I learned In high school. The detail

Happy Mother’s Day to the best teammates in the

The game of basketball is a war for space. Wish I