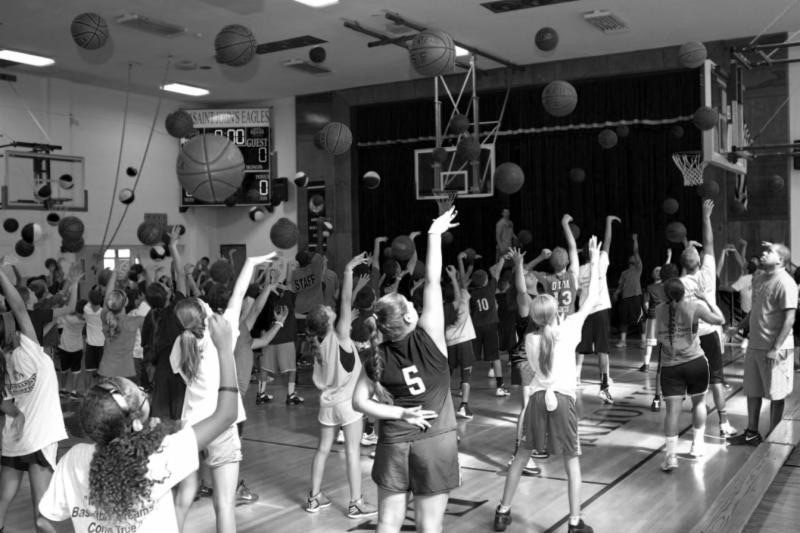 You are here: Home / About Billy

Billy Armstrong is the Varsity Head Basketball Coach at Bergen Catholic High School. Prior to his coaching career, Billy earned a Division I basketball scholarship to Davidson College in Davidson, NC (which consistently is ranked among the Top 10 liberal arts colleges in the country), and went on to enjoy a six-year professional basketball career in Europe and the United States.

Billy’s playing career started at Bergen Catholic High School, where he led the Crusaders to league, county, and state championships in his senior season. Along the way, he earned All-League, All-County, and 1990’s Bergen County All-Decade team accolades. As a senior captain of the Davidson College squad in 1997-98, Billy led the Wildcats to the Southern Conference Championship and the school’s first NCAA tournament berth in 12 years. After his college graduation, Billy went on to play professional basketball in Belgium, Kosovo, and in the USBL and ABA.

Although playing Division I NCAA and professionally was a dream come true for this Bergen County native, his true calling came when he decided to give back and become a basketball coach and trainer. This helped him give back and help other young players achieve their own “hoop dreamz.” One of Billy’s philosophies is that true success can only be achieved by helping others become successful.

Billy had so many great coaches along the way who helped him reach his “hoop dreamz.” The coach who influenced him most in basketball and in life was Davidson College’s, Bob McKillop, who won multiple national Coach of the Year awards in 2008, has coached several USA Basketball men’s national teams in international tournaments, and instructed two-time NBA MVP Stephen Curry throughout his record-breaking college career. Billy also gained valuable insight from Chris Donfield, his coach at Bergen Catholic who retired with the most wins in county history, NBA legend Darryl Dawkins, who coached him in the USBL, NBA Champion Dean Meminger who trained and mentored him, and spent countless hours talking basketball on long bus rides and in far-flung hotel rooms with Masai Ujiri, his teammate in Belgium, who now serves as Toronto Raptors President and GM and was named the NBA’s 2013 Executive of the Year while with the Denver Nuggets.

Since 2002, Billy has been on a mission to help as many kids as he can fulfill their basketball potential. Not content with the wealth of basketball knowledge he gained over his playing career, Billy continues to seek out new perspectives and innovative basketball minds, traveling to coaching clinics, taking notes at NCAA and NBA team practices, corresponding with various coaches at the professional and collegiate levels, and more.

Since 2011, Billy has led the Bergen Catholic Crusaders to back to back State Championships and two TOC appearances in 2019 and 2021, 4 Big North League Championships, 3 Bergen County Jamboree Championships, and 3 State Sectional Titles in a row as Head Coach.

With his unique “Trust, Care, and Commitment” coaching philosophy, Billy has been able to get his players to excel not only on the basketball court, but also develop the necessary character needed to achieve true success in all aspects of their lives. As a Bergen County native who spent parts of his childhood in Westwood, Oradell, and Rutherford, Billy is especially grateful for the opportunity to share basketball and life lessons with boys and girls from across Bergen County and other nearby communities.